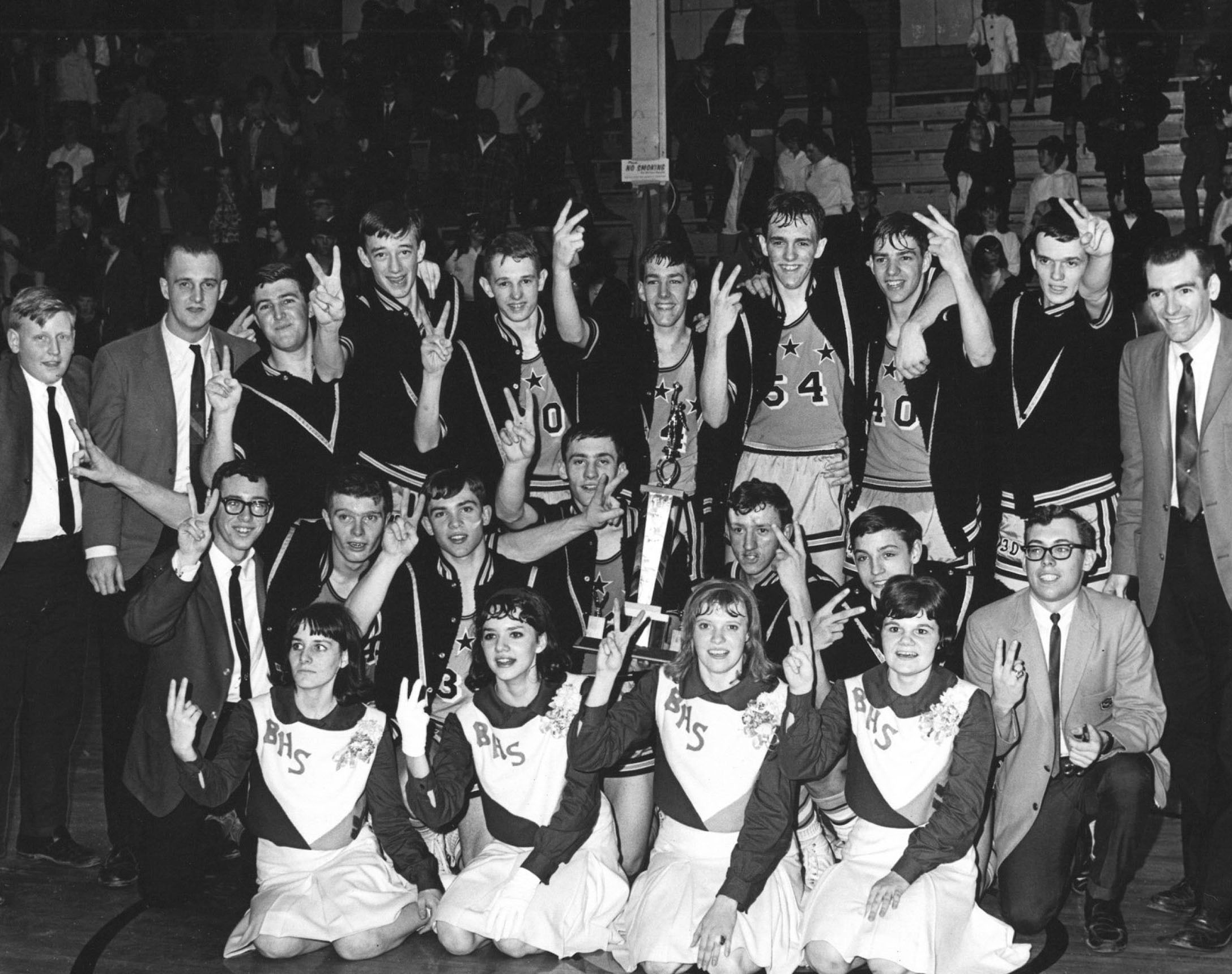 Putnam County, Indiana, is longer than it is broad, a loose collection of farming communities 30 miles west of Indianapolis with Greencastle as its seat of local government. A Monon train approaching from the south would enter Putnam County at Cloverdale and rumble its way north through Putnamville and Greencastle until the engineer spied the Tree of Hope, rising like a sentinel along the main line just north of Brick Chapel. The next community—first in the vastness of the Tipton Till Plain, where the tracks met Big Walnut Creek—was Bainbridge.  In the late fall of 1965, Bainbridge, Indiana was a community of slightly more than 600 Hoosiers, with U.S. 36 as its main thoroughfare. It featured, among other enterprises, a grain elevator, a diner, a barbershop, a grocery store, a gasoline station . . . and a high school. The school’s purple-and-gold athletic teams were called the Pointers, after the hunting dog that sniffs out game and points toward it with its nose, often with one front paw raised. Their boys’ basketball team—there was no girls’ team in those pre-Title IX days—was on the verge of something special, but few people besides their young coach knew it.

If you enjoyed this article and would like to read more about the history of high school basketball in Indiana, click here to subscribe to the Indiana Basketball History magazine.