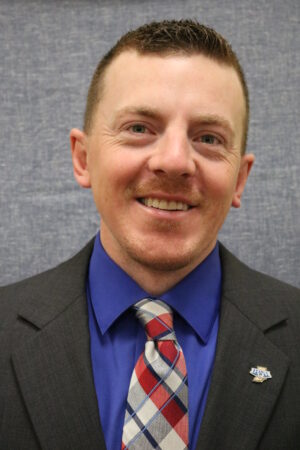 Matt Martin was hired as the executive director of the Indiana Basketball Hall of Fame in May 2022.

“Our search committee evaluated numerous quality candidates and faced difficult decisions in our process,” noted Hall of Fame President Mark Baltz. “We are excited to land Matt Martin as our next executive director and look forward to the energy and passion he will bring to the position.”

Martin, a Knightstown High School and Purdue University graduate, has spent the past eight years as athletic director at Knightstown High School. Martin served as president of the IHSAA executive committee during the 2019-20 school year, helping the organization navigate the retirement of commissioner Bobby Cox, hire of commissioner Paul Neidig and the complexities of the COVID-19 pandemic.

Martin replaces Chris May, who will complete a 13-year tenure as the Hall’s executive director on June 15, 2022.

“I am excited to be able to work with Kayla, Cheryl, Trip, the countless volunteers, officers, and Hall of Fame board members to continue to build on the great things Chris and his staff have done for basketball around our great state,” says Martin. “I am very thankful for my eight years at Knightstown, along with my duties on the IHSAA Board of Directors, and look forward to the future of the Indiana Basketball Hall of Fame.”

Martin resides in Knightstown with his wife Rachel and sons Gary and Oliver. 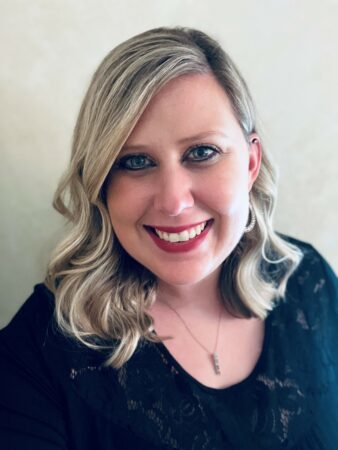 Kayla was hired by the Indiana Basketball Hall of Fame in December of 2013 and has been the Assistant Director since July of 2019. She assumes responsibilities such as significant involvement in fundraising activities including planning, staffing and executing events, managing office operations including Hall of Fame correspondence, preparing documents for administrative meetings and anything deemed necessary to the organization’s operation in assisting the Executive Director.

She welcomes museum visitors, oversees the membership campaign and serves as the Hall of Fame’s primary contact for inductees and honorees, while serving as a representative of the organization as needed in providing input to creatively market and promote the museum.

Kayla is from Rushville (RCHS class of 2010) and graduated from Ball State University with a Bachelor’s Degree in Public Relations in December of 2013. She interned with the Hall of Fame during her junior year of college and began working full-time immediately following graduation.

She has been married to her husband, Darren since May of 2014, and they are the proud parents of two daughters and one son. 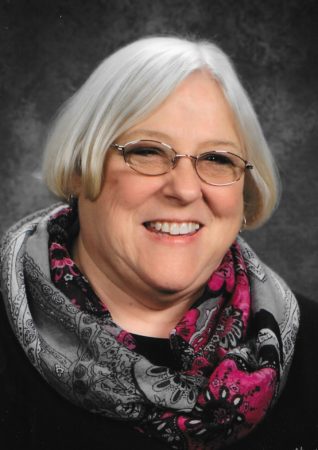 Cheryl has been the Operations Coordinator of the Indiana Basketball Hall of Fame since July of 2019. Her key responsibilities include but are not limited to assisting in managing day-to-day operations of the HOF organization and museum, handling financial operations, overseeing volunteer staffing and office duties such as HOF correspondence and publications, including the Men’s and Women’s Banquet program books, HOF Classic program and other flyers, brochures and documents, all while assisting in fundraising and event planning in promoting the organization, running the HOF gift shop and welcoming museum visitors.

She’s a New Castle graduate and remains a beloved Trojan fan and resident of the city. Before joining the HOF team, she was the secretary to the New Castle High School Athletic Director for 31 years.

Cheryl and her husband, Michael are the proud parents of four children and 13 grandchildren. 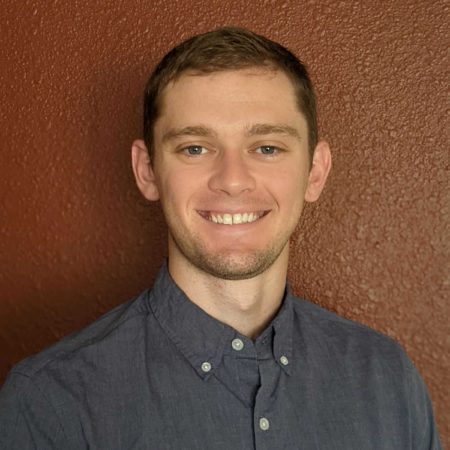 He had been employed with USA Football since 2017, where he was the youngest Regional Manager in the organization.  In that role, he oversaw a 15-state territory across five time zones, and was involved in camps, clinics, certifications, rules implementation, best practices, etc.

Among his previous experiences, he was the inaugural I-Association Student Fellow at Indiana University from 2015-2017, working closely with I Association Director Brian Brase and hundreds of former IU athletes at tailgates, banquets, etc.

He served an internship in 2015 with the minor league baseball West Virginia Power franchise in Charleston, WV.

From 2016 – 2019, he also served as a host and field spotter for the IHSAA State Track & Field meet in Bloomington.

A product of deep Indiana roots, he goes by “Trip” in reference to his legal name of George Lukemeyer III.

His grandfather, George Throop Lukemeyer, MD was a professor emeritus of the Indiana University School of Medicine, President of the Indiana State Medical Association, a Regent of the American College of Physicians, was executive associate dean of the IU School of Medicine for 24 years, medical director of University Hospitals for 16 years, and served on the IU School of Medicine Admissions Committee for 57 years, including 18 years as chair of that committee.  Trip’s father, George “Deuce” Lukemeyer formerly served as an executive with IU Health in the South Central Region.

Trip is married and resides on the northwest side of Indianapolis.

The Hall of Fame’s newest employee, Noah Dahlquist, will take over as the newly created Publications Coordinator in January of 2023.

Dahlquist is a 2019 graduate of Franklin College with a Bachelor of Arts in History and a minor in Religious Studies. While at Franklin College he served as the Vice President of his Fraternity.

A museum professional, prior to joining the Hall of Fame team, Noah was the office manager at the Indianapolis Motor Speedway Museum. Additionally, he completed several graduate internships at other notable Indianapolis historical institutions including the Indiana Historical Society, and James Whitcomb Riley Museum Home. In these positions he worked to upgrade online presence, social media, conducted tours, and published some of his own work.

Noah will assume similar responsibilities at the Hall of Fame, where his responsibilities will include; to compose our quarterly magazine, create our banquet programs, and assist with our online/social media outlets along with aiding in updating our touch screens in our museum.

Noah is a native of Rochester, Indiana although he currently resides in the Indianapolis Area with his wife, Hollyn. As a trained historian Noah has a passion for the history of Indiana High School Basketball and is excited to join the HOF team to help advance the mission.