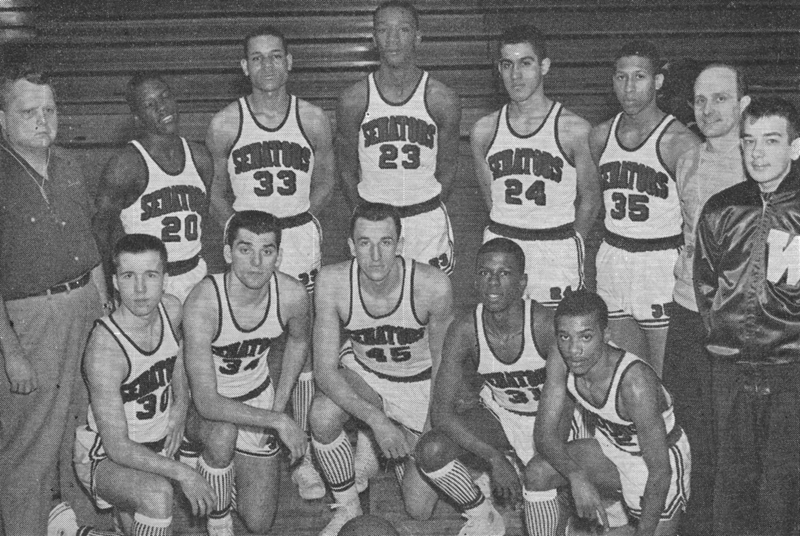 With tip-off for the 1960 state basketball championship just minutes away, East Chicago Washington coach Johnnie Baratto did something unheard of. He changed his lineup.

It was March 19, 1960, to be exact. The IHSAA tournament was celebrating its Golden Anniversary, and 14,943 fans squeezed into Butler Fieldhouse for the final game. The tourney began in late February, with 697 teams. Now, only two remained  – East Chicago Washington and Muncie Central. Earlier in the day, Indianapolis Star sportswriter Bob Collins suggested “. . . this just might be the best Final Four ever,” with #1 ranked Muncie Central 27-0,  #3 Bloomington 26-1, #4 East Chicago Washington 25-2, and 23-5 Fort Wayne Central.

If you enjoyed this article and would like to read more about the history of high school basketball in Indiana, click here to subscribe to the Indiana