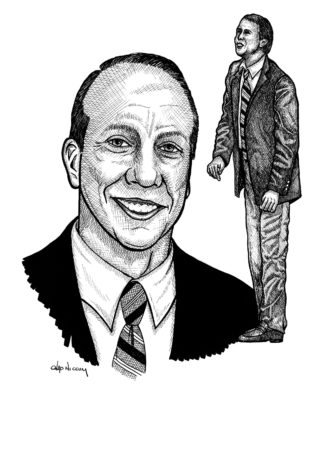 His teams won 72 percent of their games as head coach at Anderson Highland and Pike, including 1998 and 2001 IHSAA 4A championships with the Red Devils… from 1986-1995, his Highland teams were 142-59, winning four Olympic Conference championships, 1991 sectional and regional championships and a 1991 Hall of Fame Classic title…  at Pike, his teams would accumulate a 109-37 record in six seasons including three conference championships, one Marion County championship, three sectionals, two regionals, two semi-state titles and 1998 and 2001 IHSAA 4A championships…  record as an Indiana high school head coach was 251-96 and he won 418 games overall in 30 seasons in Ohio and Indiana high school basketball… coached 10 Indiana All-Stars – including sons Linc (1990) and Tige (1994) – and two Indiana Mr. Basketballs.