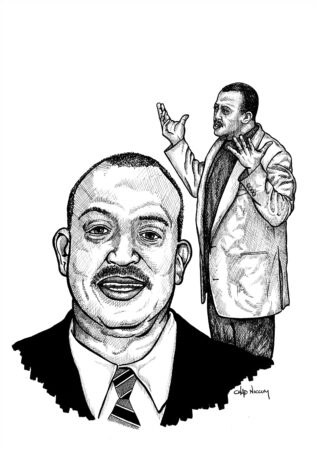 In 25 seasons leading North Central High School, his teams won 428 games (71%) and a pair of IHSAA 4A championships while coaching nine Indiana All-Stars and four All-Americans…  leading the Panther program from 1992-2018, Mitchell’s teams claimed four MIC conference titles, four Marion County Tournament championships, won 11 sectionals, four regionals, and three semi-states, claiming 1999 and 2010 4A championships and 2007 4A state runner-up…  coached four Indiana Mr. Basketball winners, each who were also McDonald’s All-Americans… coached in the 2003 McDonald’s All-American game, an assistant for USA Basketball and head coach of the 2008 Gold Medal USA Basketball Junior National Team…  was a standout as a player at Hamilton Heights High School, where he totaled 1,167 career points, was the 1975 Hamilton County Player of the Year and led the Huskies to a 1975 sectional championship, the first for the school in 35 years…  a scholarship player at Butler University, he received the Hilton U. Brown Mental Attitude as a senior in 1979.