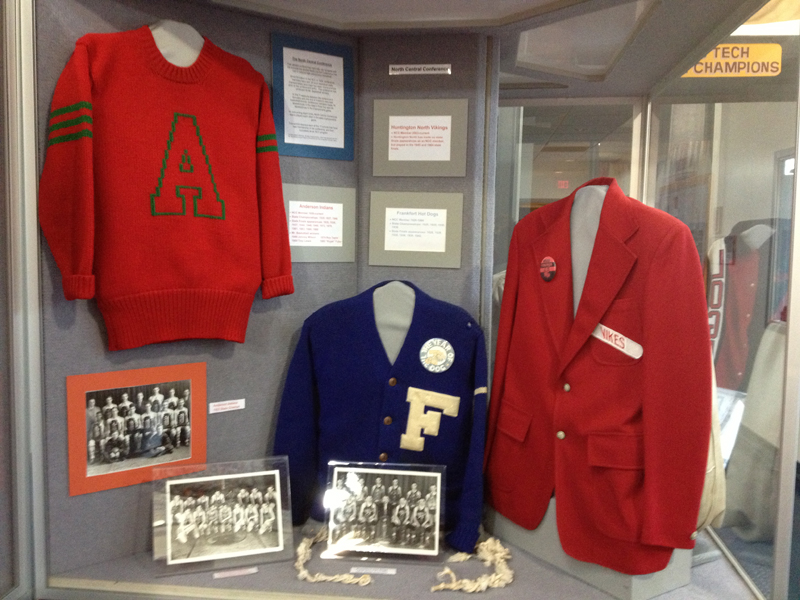 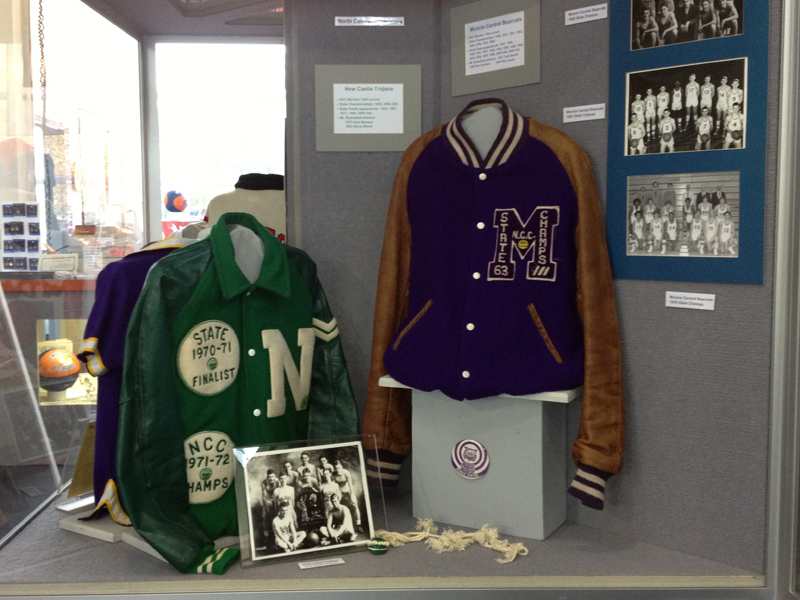 (NEW CASTLE) – The Indiana Basketball Hall of Fame has unveiled a new exhibit featuring the strong state tournament tradition and history of boys- basketball in the North Central Conference.

Founded in the spring of 1926, for the next 71 seasons North Central Conference member schools accumulated far more postseason success and championships than any other conference in the state, including 25 state championship victories and 20 Mr. Basketball winners.

The display features pieces of memorabilia, including photos of state championship teams, from each of the 13 past and present member schools of the N.C.C. and displays the boys- basketball successes of each school.

Among the interesting facts featured in the exhibit:

The exhibit will remain on display through summer 2013 at the Indiana Basketball Hall of Fame museum in New Castle, the only statewide high school basketball hall of fame and museum in the country.

Open in New Castle since 1990, the 14,000 square foot Indiana Basketball Hall of Fame museum celebrates the tradition of Indiana high school basketball while preserving its history. The museum is open seven days a week, from 10:00 AM to 5:00 PM Monday-Saturday and 1:00 PM to 5:00 PM on Sundays. Admission is just $5 for adults and $3 for children between the ages of 5-12. For more information, visit www.hoopshall.com or call (765) 529-1891.