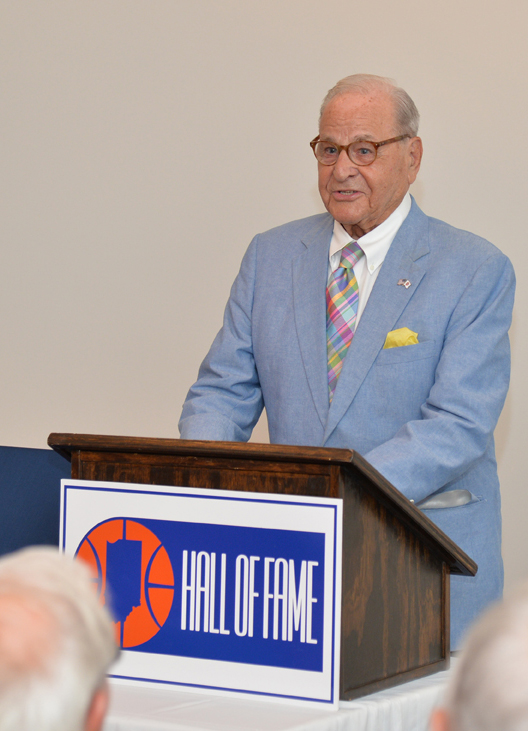 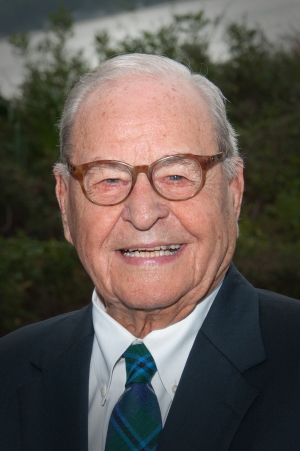 Danielson, who spearheaded the effort to relocate the organization to New Castle in the 1980s, died Thursday, May 7 at the age of 95.

“Danny Danielson gave so much to the Indiana Basketball Hall of Fame and the community,” notes Sharon Roberts, the longest tenured employee in the Hall of Fame’s history. “He was a man who cared deeply for his community and the people in it,” Roberts reflects.

“I remember the first time I met Danny Danielson – you immediately knew that he was a very special person,” says current HOF President Jim Callane.  “He established a very high standard for living life to the fullest.  I think I am a better person for knowing and being in the company of Danny Danielson.”

“The influence of Mr. Danielson went well beyond Henry County, he touched lives in all directions,” offers HOF Executive Vice President and longtime Danielson friend, Sam Alford.  “He was a man of faith, a man of honor; he was truly a caring and gracious man of the highest integrity.”

Among his many fundraising efforts on behalf of the Hall, he established and continually served as chairman of our Ameriana Bank Hall of Fame Golf Classic.  Over 24 years, Danny’s efforts with the event helped raise more than $523,000 for our organization.

On June 19, 2014 the Indiana Basketball Hall of Fame dedicated the “Patty and Danny Danielson Theater” at the New Castle facility.  Through a gift from Danielson, production of a new film is currently underway and is scheduled to be unveiled in Summer 2015.

The family will receive callers from 2 to 8 p.m. on Thursday, May 14, at Sproles Family Funeral Home, 2400 S. Memorial Drive, New Castle with funeral services being held at the First Presbyterian Church, 1202 Church St, New Castle on Friday May 15 at 2 p.m.  To view the complete obituary click here.