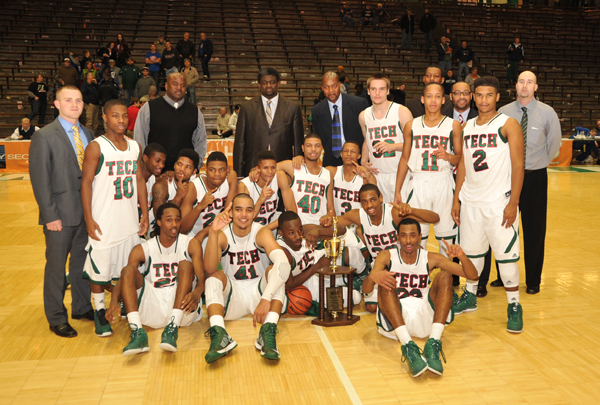 Jay County came out with a quick two-point bucket to start the first quarter lead against Cathedral.  The Cathedral Fighting Irish caught up, tying the Jay County Patriots 10-10 at the end of the first quarter.  Coming out with a solid second quarter, Cathedral had the lead at the half, 28-22.  The Fighting Irish kept the lead at the end of the third as well at 41-31.  The fourth and final quarter was back and fourth as Jay County was not willing to give up.  The Patriots kept fighting, but Cathedral took over, taking a 53-47 semifinal win.

Justin Baker led Cathedral in scoring with 11 points, and Jay County-s Brock McFarland led all scores of the game with 20.

Jay County-s Scott Schwieterman led his team in scoring with 16 points.  Leading all scorers, Fort Wayne Northrop-s Bryson Scott ended with a solid 21 points in his team-s consolation win over the Patriots.

To view pictures of the boys’ games click here.